The flow of messaging traffic from the Internet, through the Hosted Email Security, and then to the "example.com" Inbound Server, or local MTA. 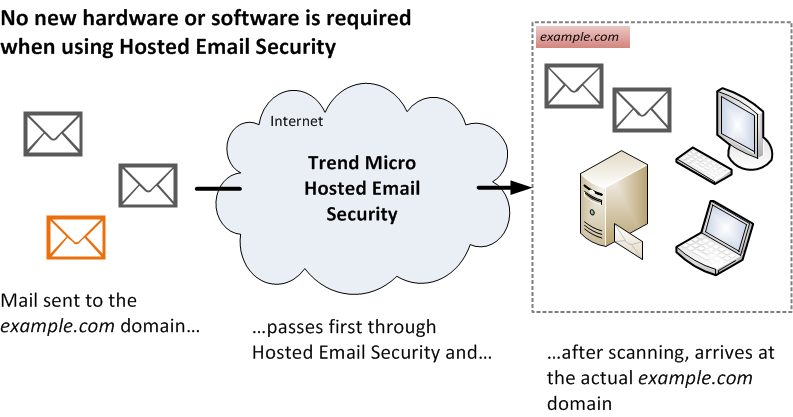 Evaluation is done in the following order: