Some policies have controls to set a range of policy values, such as the minimum and maximum length for a password. 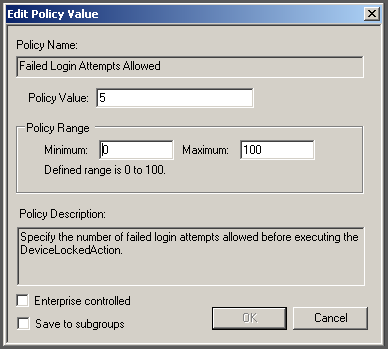 Using the parameters defined in the Policy Range fields, indicate the number of failed authentication attempts allowed per user in the Policy Value field.